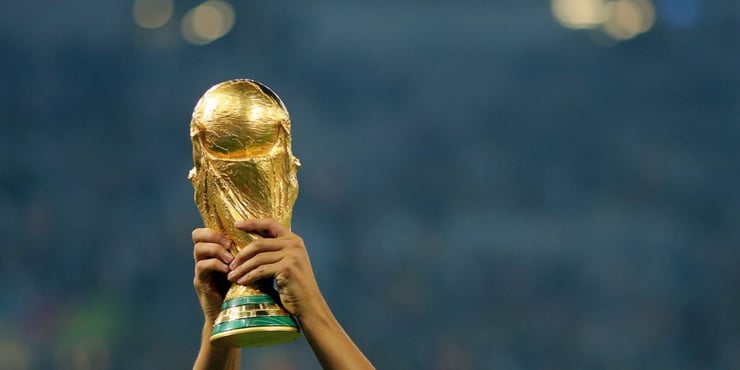 The FIFA World Cup is arguably the biggest sporting event on the planet, surpassing even the olympics in terms of size, popularity, and scope. But while the eyes of the world descend on Russia to watch the 32 finalist nations compete for glory, it's important to take a step back and acknowledge the human cost to playing host.

Every nation that hosts the world cup spends billions of dollars on infrastructure. New stadiums need building, and existing ones need upgrading. The sheer amount of construction, coupled with time pressures and host nations with questionable health and safety regulations, results in worker deaths.

According to a BWI report, 21 workers died on Russian World Cup sites. The principal causes were falling from height or equipment falling onto workers from height. The report states that all these deaths could have been averted if safety and health conditions were strictly enforced. On top of this, a report by the Human Rights Watch claims many others have faced exploitation and labor abuses.

However, while these numbers are tragic, they pale in comparison to Qatar 2022.

According to a report by the International Trades Union Confederation (ITUC), approximately 1200 workers have died building stadiums since the World Cup was awarded to the gulf state in 2010. That report was in 2015. It predicts a staggering 4000 worker fatalities by the time the 2022 FIFA World Cup begins.

As expected, Qatar is currently facing harsh global scrutiny over its treatment of its workforce, 95 percent of which are made up of migrant workers. The HRW say the Qatari government keep fatalities quiet, and causes of death vague, in order to maintain the flow of labor. They say millions of workers are exposed to life-threatening conditions, forced to work outside in scorching heat.

Current regulations prohibit outdoor work from 11.30am to 3pm between June 15 and August 31, but the HRW say it isn't enough.

In future, there are now for FIFA to include strict mandatory clauses that require compliance with national and international labour and occupational health and safety standards when future bids are prepared.