A study by the National Institute for Occupational Safety and Health (NIOSH) found that factory workers have urinary BPA levels that are far greater than those found in the general population.

For many years, manufacturers have used the industrial chemical Bisphenol A (BPA) when making polycarbonate plastic, epoxy and phenolic resins, and certain casting waxes. Traces of it can be found in plastic packaging, the lining of food cans, and even on till receipts. BPA weakly mimics the hormone oestrogen, and has been linked to a variety of issues including obesity, cardiovascular disease, cancer, diabetes, and fertility problems.

Previous studies have shown that almost all people have some BPA in their urine, most commonly due to diet. A 2008 ruling by the Federal Drug Administration (FDA) found that low exposure to the chemical from ingesting it orally is safe, as the body is able to eliminate it quickly.

However, health concerns have arisen for workers who handle the raw chemical, whose level of exposure is much greater due to inhalation and dermal absorption. Currently, the Occupational Safety and Health Association (OSHA) does not have any workplace exposure limits in place for BPA. Without these official exposure limits, manufacturing workers who are concerned about their exposure to BPA may not be able to make an official complaint, or have any way of avoiding the chemical while on the job.

As a result of the study, NIOSH has recommended several approaches to reduce work-related exposure to BPA. These include:

• Eliminating BPA, or substituting other similar chemicals for BPA.

The new study, published in the Annals of Work Exposures and Health and the Journal of Occupational and Environmental Hygiene, has unearthed strong links between high BPA levels and low semen quality. The research into BPA exposure was undertaken in the U.S. after studies in Chinese manufacturing workers found that male employees who handled BPA had lower levels of testosterone, decreased semen quality and higher levels of self-reported sexual dysfunction.

NIOSH undertook this study in 2013-2014, and a Cincinnati-based team led by Cynthia Hines contacted 73 companies. Of these, six companies producing BPA, BPA-based resins or BPA-filled wax participated in the final study.

The study found urinary BPA levels comparable to Chinese workers. These levels were 70 times higher than in U.S. adults in the general population, surveyed by the CDC during the 2013-2014 National Health and Nutrition Examination Survey. Nearly all air and hand wipe samples tested contained detectable levels of BPA. 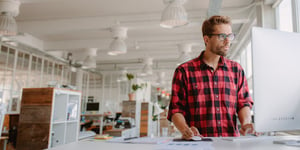 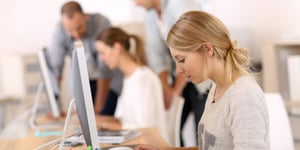 Most companies approach workplace wellness programs the wrong way, according to an expert in the area, who explained that there are 6 common mistakes made by organisations in developing and rolling out such programs. 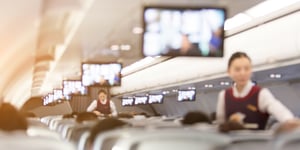 A US study has found flight attendants are more likely to develop a range of cancers, including melanoma, breast cancer, and uterine cancer. Published in Environmental Health, the study examined the frequency of cancer diagnoses among cabin crew in...