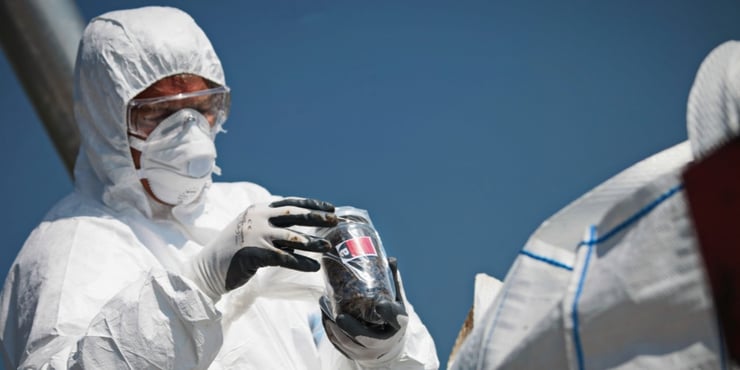 There are fresh calls for the permanent removal of all asbestos in Australia's built environment, after a new report was released that estimates asbestos-related diseases are costing Australia over $500 million a year in direct health costs and lost productivity.

The report was commissioned by the Asbestos Safety and Eradication Agency and set out to measure the medical and economic opportunity costs associated with asbestos-related disease. It found:

Of the health care costs, $53.7 million are hospital costs, $48.4 million for specialists and other health practitioners, $21.5 million for GP costs, and $59 million for pharmaceutical costs.

Of the estimated $321 million cost to productivity and the economy through workforce impacts, the report finds that 85 per cent of cases were caused by occupational exposure to asbestos. In most cases, these costs arose due to premature death of a person.

ASEA Chief Executive Peter Tighe said the it was the first time the cost of asbestos-related disease had been quantified in Australia in this way.

“We know of the terrible human toll of asbestos-related disease, which takes the lives of approximately 4,000 Australians each year. And we now know that it costs the Australian community at least half a billion dollars a year."

“Given the high cost of these avoidable diseases, it is very clear that our focus should be on the prevention of exposure to asbestos in Australia."

Mr Tighe said the focus should be on high profile community education and public information campaigns, with a clear plan for the permanent removal of all legacy asbestos in Australia’s built environment.

“There is no safe level of exposure to asbestos, and Australian workers and DIY home renovators will remain at risk until we take a proactive approach to eradication and remove asbestos from our community once and for all.”

The report notes that some costs associated with asbestos-related disease are not easily measured and have accordingly not been included in the study, including mental ill health costs, and regulatory costs.

Want to learn about best practice in asbestos risk management ?

Steven Hains will be presenting Asbestos — Still a Major Issue for Business in 2018 at the Safety Forum in September.

"Despite being banned from use in Australia from 2004, asbestos is still a very topical issue in today’s workplaces. From recent issues with imported products from overseas still containing asbestos to a general lack of understanding of asbestos registers and requirements for intrusive/destructive testing prior to refurbishments — continued raising of awareness is required to continue to mitigate the risk associated with this deadly product. Whilst many organisations have committed to ‘asbestos free’ workplaces the sheer cost and practicability of this has been a significant challenge for business and Government."

This presentation will discuss the above current issues and best practice in asbestos risk management, including a case study from one of Greencap’s national clients on how they have managed and mitigated risk associated with asbestos across their portfolio.

Learn more and register at the Safety Forum Website. 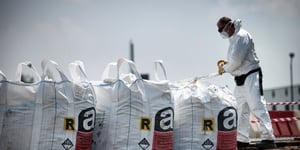 Risk management experts Greencap have released their latest Risk Review that focuses on the ongoing problem of workplace asbestos. The Risk Review explores the distinction between the two common types of asbestos surveys, and details two key...

The Australian Council of Trade Unions (ACTU) has met for its triennial congress and has committed to push for a range of health and safety objectives, including national industrial manslaughter laws, a WHS regulatory overhaul, and the...

UK: One in Four Construction Workers Exposed to Asbestos
By Jared Butt | 0 comment

In a damning survey published by the Institution of Occupational Safety and Health, nearly one in four British construction workers say they believe they've been exposed to deadly asbestos fibres. The startling statistic is just one of many...